sumedina
Arte, Blog
No comments yet

Let’s start by talking about ghosts, shall we? Do you believe in ghosts? A shadowy presence, something lingering between the realms? Whether or not ghosts are real, we can all confess at the very least that they make for a magnificent metaphor. Ghosts can be representative of a lot of feelings. Sometimes they become a metaphor for memories and sometimes for thoughts that we would like to keep buried deep inside us. Other times, they are meant to spark inspiration to be more present, more daring so as to not leave behind any regrets. Additionally, they are subjected to multiple cultural interpretations.
With all these possibilities, it is not unexpected that authors, poets, movie makers and artists are all fascinated with ghosts so much so as to use them as their muse.

In this context, ‘Ghost’ is a remarkable sculpture of Elvino Motti created in 2013 in methacrylate installed on a steel base with an integrated lighting system. Inside the methacrylate sphere is a cluster of bubbles. Conforming to its name, ‘Ghost’ leads you to an imaginary world. On first glimpse, it gives you an impression of a crystal ball. The bubbles and their reflections, all changing colours with the changing light, reinstate the notion of a crystal ball. The catch, however, is that even without a psychic signalling you to come for a tarot reading, you are impelled to go all on your own. 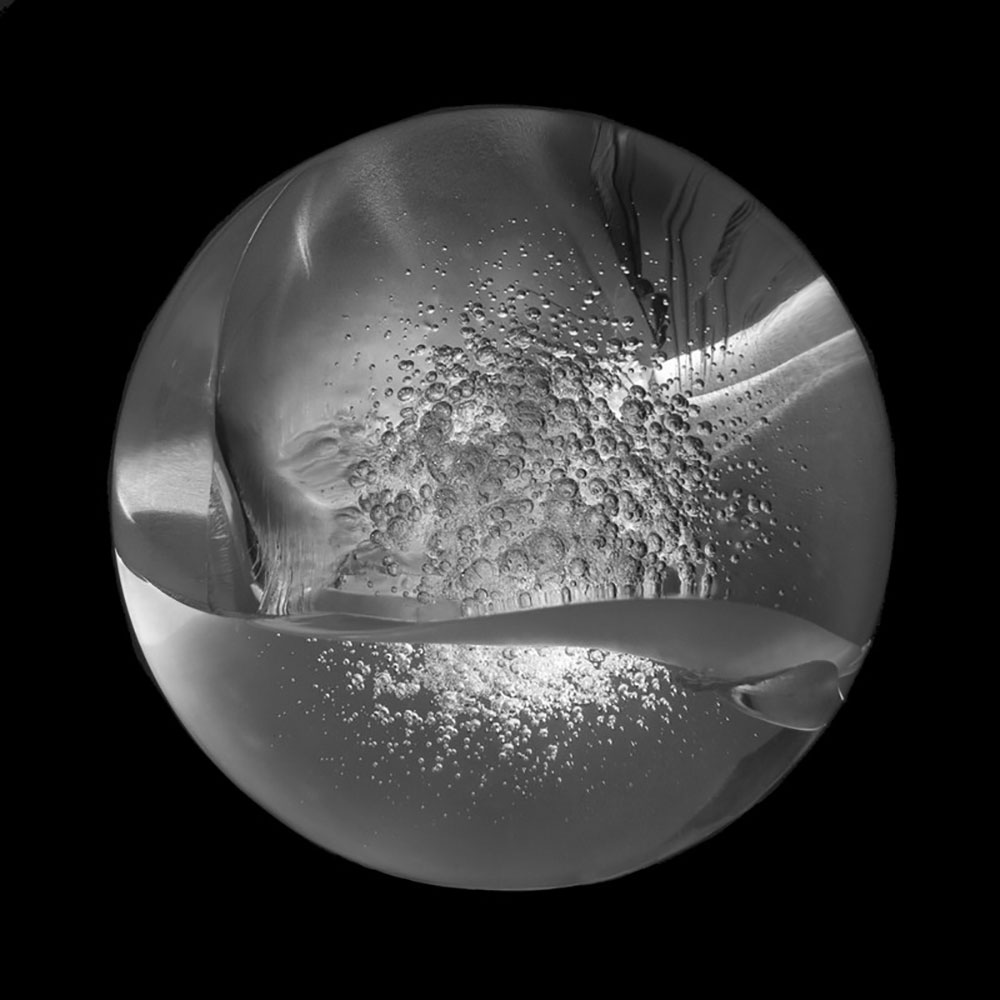 The message this crystal ball gives you, probably, maybe, depends on what you want to listen at the moment. Isn’t it how it goes every time anyway? Even so, certainly, peeking inside ‘Ghost’ gives a rush of overwhelming emotions- a sense of being in a dreamland made of rainbows and sunshine, a feeling so hard to define but desired by everyone.
The cosmic explosion of bubbles mirror a cloud that effuses a rainbow from the multicoloured lights installed inside. Clouds, in themselves, are a symbolism of many emotions. White clouds almost always indicate positiveness. Alongside, rainbows conventionally have lucky connotations as well. This explains to a certain extent the whys of the indescribable happiness you might be exposed to whilst gazing at the ‘Ghost’.
The light projections of the methacrylate, in conjunction with amplifying the mysticism around the whole experience, make it more holistic.

Ergo, viewing the ‘Ghost’ is like entering a magic shop and exiting it invariably exhiliarated. 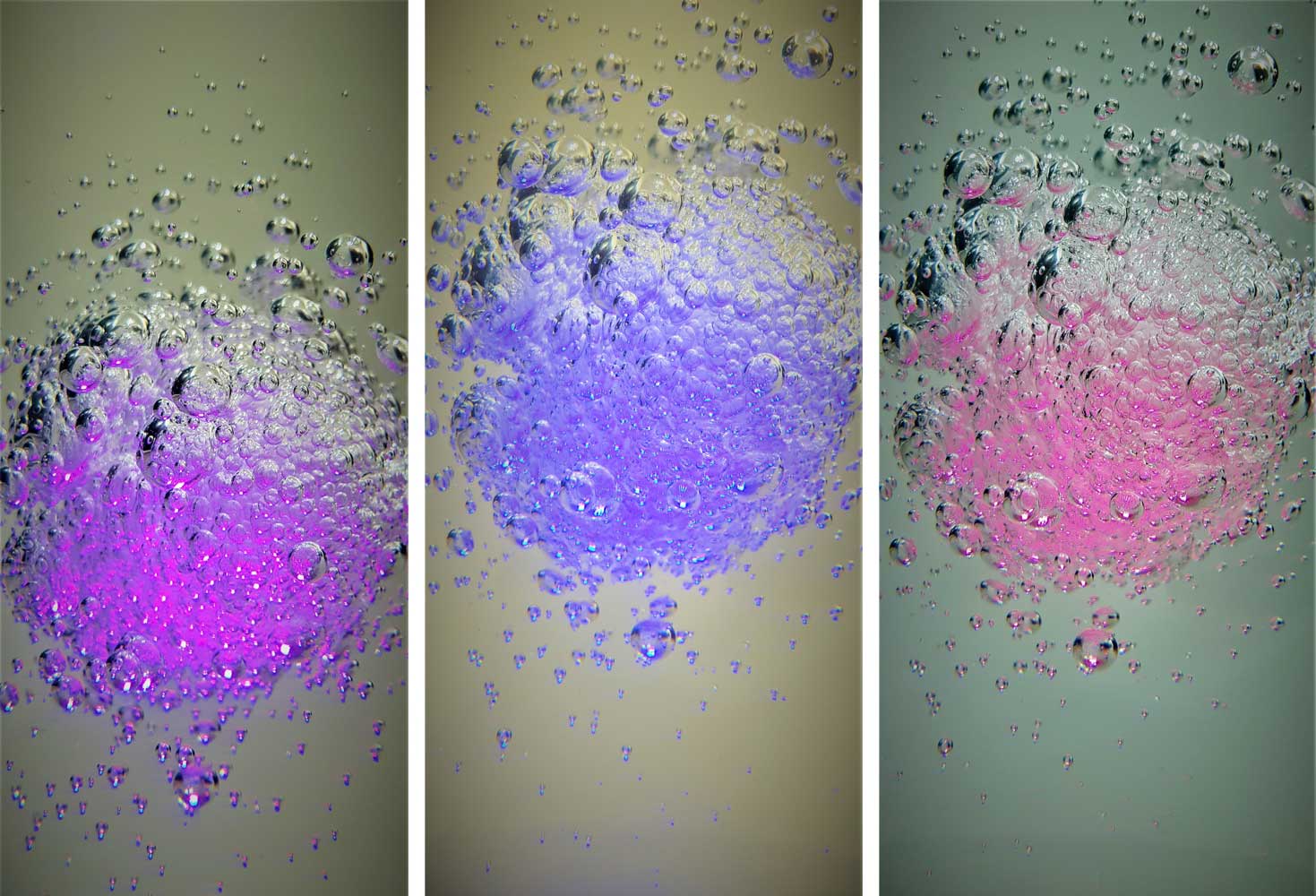 Following a general overview on Elvino Motti by Aastha Kandhari

Elvino Motti’s art evokes the same juxtaposition as what writers try to achieve by putting two entities side by side, inviting readers to comprehend the comparison and create an ironic effect. That is what Motti’s sculptures represent to me – a link between elements that appear unrelated until you see his work.

His methacrylates seem like a play between abstractness and realism. When you see them, you see a geometric shape but when you allow your eyes to turn around them, the symphony of shapes and lights transforms them.
However, it is not just the outside. His methacrylates offer a different perspective on the inside. Because when you see on the inside, the clusters of bubbles cut through the stillness of the sculptures, making them come alive. The observer enjoys an illusion of motion.

Whereas, the Black Varennas narrate the juxtaposition between light and darkness together with simplicity and intricacy. The beautiful, smooth black set against the elaborate textures forges into a poetry of two dissimilar characters coming together.

Lastly, the figuratives, again a portrayal of abstractness and realism in one, elicit a fanciful image of flow, a feeling you would not usually anticipate from a sculpture.

Elvino Motti’s art is made to arouse intense introspection. His works which come across as uncomplicated and effortless, hide behind them depth of not-so-simple emotions. 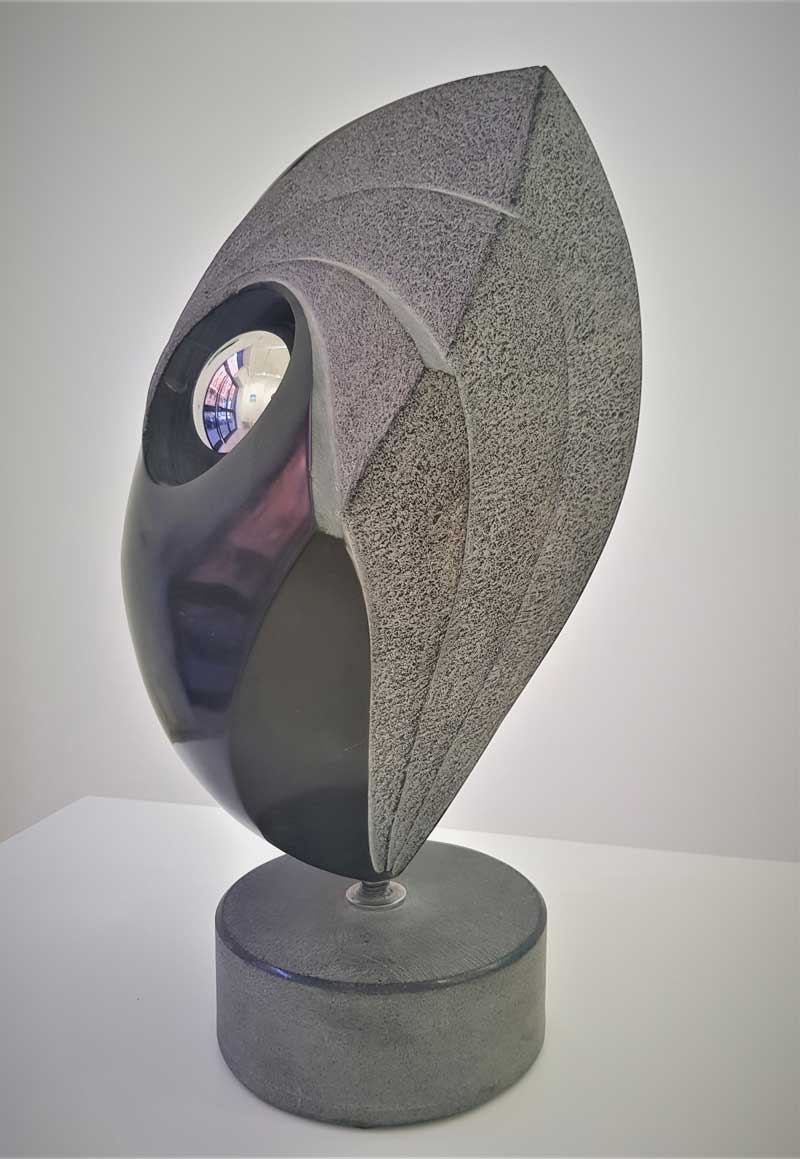 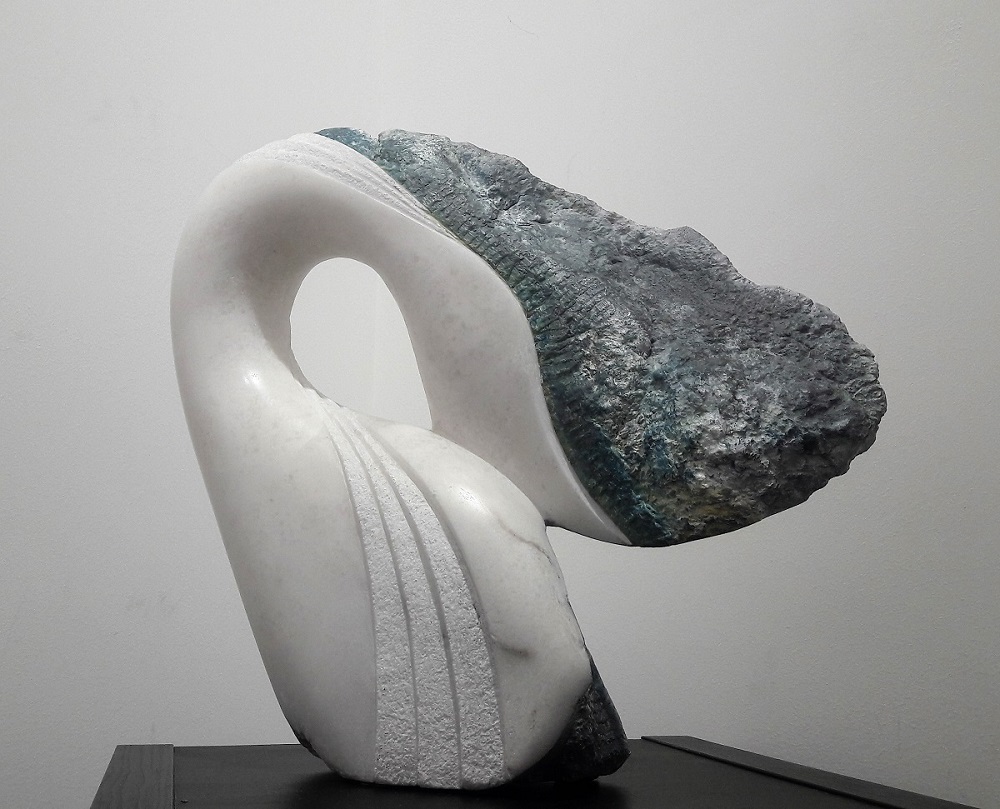